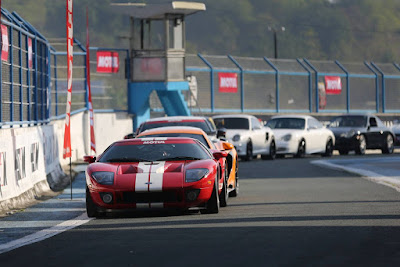 The second staging of the Motul 300V Superfast event was a resounding success as the country’s fastest supercars and tuner cars took to the Clark International Speedway in a flurry of speed.

Organized by Motul Philippines and Autoplus’s Carlos Gono, the 2019 edition broke last year’s record in terms of the number of participants. This year, tuner cars were well-represented with a good number of Subaru WRX STIs, Honda NSXs, Civic Type Rs, S2000s, and even Toyota 86s and Subaru BRZs. In addition, there was also a healthy dose of exotica from Lamborghinis, Aston Martins, and Porsches. Without a doubt though, the scene-stealers remained the McLaren 570S GT4 and the flame-spitting, 1,000-horsepower Ford GT of Gono himself.

Out of the 230 cars in attendance (90 supercars and 140 JDM and tuner cars), the crown of the fastest car went to the 2018 NISMO GT-R of Kirk Baltazar. Generating 680 horsepower at the wheels, it clocked an impressive 10.60 seconds for the quarter-mile.

Aside from the quarter-mile drag race and supercar track day, there was also a Touge-style battle.

“This event was conceptualized for Motul clients, fans, and dealers for them to experience first-hand how well Motul’s high-performance products cope with actual race conditions where engine revs and power output are always at its peak,” said Carlos Gono.