9 Tips to Help Survive Driving in the Dark 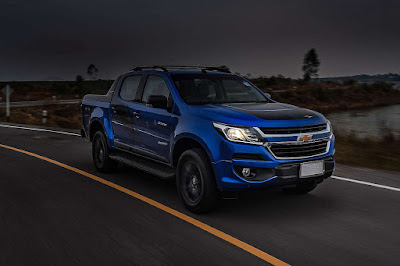 Driving after dark can be dangerous, with contributing factors such as compromised night vision, rush hour congestion, fatigue and impaired drivers tripling the risk of a fatal crash, according to safety experts.

To help reduce the risk, some carmakers have begun equipping their vehicles with daytime running lights as standard equipment. Some have begun offering optimized lighting elements such as LED headlights and taillights.

For example, LED rear brake lights can help reduce the risk of rear collision, because they reach full illumination faster than standard incandescent bulbs. When driving at highway speeds, it takes more than 60 meters to stop, so having LED brake lights on your vehicle may alert the driver behind you faster, giving him an extra six meters of stopping distance. According to the US-based National Highway Traffic Safety Administration, that is enough to reduce the odds of an accident significantly.

Of course, you don’t have to drive a car equipped with the fanciest new lighting technology to drive safely at night. Here are 9 things you can do:

If your vehicle has a dashboard dimmer switch, use it. Bright dashboard LEDs and large infotainment screens can create unnecessary and distracting lighting inside a vehicle that can diminish your vision of the road ahead. Dimming dash lights can eliminate reflections on the windshield and allow your eyes to adjust to the darkness ahead, improving visibility, especially in rural areas. Other interior illumination like the dome light also can distract the driver, too, so it is best to keep them off while driving.

When driving in rural areas it is tempting to keep high beams on, but remember to switch to low beams for oncoming traffic. Also, keep your headlights on low beams when following another vehicle so you do not blind the driver ahead of you, and for city driving in general. When driving in the city it can be easy to forget to turn on headlights – always make sure they are on before entering traffic, even at dawn or dusk. Being seen is as important as seeing.

Eyeglasses, prescription or otherwise, add another reflective surface between the driver’s eyes and the road, so choose the right glasses to wear for improved visibility at night. The best option is prescription lenses with anti-reflective coating. This coating stops additional, unnecessary light from reflecting inside your lenses while allowing more light to pass through.

Clean headlights, taillights, signal lights, windows and mirrors once a week, more often if necessary. Windshields that appear clean during the day may reveal streaks that can cause glare at night. Keep microfiber cloth towels or newspaper in your vehicle to wipe away residue from windshield and windows. Avoid touching the inside surfaces of your windshield, side windows, or mirrors with your bare hands, because the oil from your skin will smear, and light from outside or inside the vehicle will create glare where you touched the glass.

While headlights are generally aimed correctly when they leave a vehicle assembly plant, it is a good idea to have a qualified service technician check the aim of your car’s headlights to make sure they will properly light the road without blinding oncoming drivers. Likewise, you can avoid becoming “blinded” yourself by aiming your car’s exterior mirrors downward slightly to help you see the cars behind without glare from their headlights. Also, switch your inside rear-view mirror to the Night or Auto Dim setting, which darkens the mirror to prevent glare.

Reduce your speed and increase your following distances after dark. Judging the ahead vehicle’s speed and distance is crucial at night, because depth perception, color recognition and peripheral vision are compromised after dark, and 90 percent of a driver’s reaction depends on vision. Although headlights illuminate the road, typical low beams stretch from 50 to 75 meters in front of your vehicle, while high beams shine about 100 to 150 meters ahead. When driving at high speed, it takes more than 60 meters to stop.

#7. Watch Out for Animals

Driving at night sometimes means encountering animals in roadways. In the city, it may be a stray dog. However, in rural areas, it could be larger animals, such as wild cattle which can cause serious damage to a vehicle. Even your high beams can fail to illuminate much beyond your stopping distance or around a curve, so you can avoid collisions with animals by noticing your headlights reflected in their eyes. These tiny bright spots often appear far down the road, giving you more time to slow down or come to a stop. When encountering a large animal near the road or on it, it is best to slow down without exiting your lane or driving off the road. Some animals will often follow headlights and move in front of your car, so swerving may increase the risk of an accident.

Alcohol, some prescription drugs, and even some herbal remedies can severely impair driving ability. Alcohol also acts as a depressant, so just one drink can induce fatigue. Alcohol also is the single most significant factor in fatal traffic crashes, playing a part in more than half of all motor vehicle-related deaths. In addition, avoid smoking when you drive. Smoking causes physical changes in the eyes that can threaten eyesight. One of the effects of nicotine from cigarettes restricts the production of a chemical necessary for you to be able to see at night. Studies show carbon monoxide from cigarette smoke also impairs vision.

Experts say drowsy driving is likely a primary cause in more than 20 percent of road fatalities. Most fatigue-related accidents occur at night, and fatigue is a probable factor in nearly one third of single-vehicle crashes in rural areas. People generally do not get tired from driving; it is more likely they are already tired when they get behind the wheel from long hours, hard work, or lack of sleep. Follow these guidelines to ensure wakefulness:

Email ThisBlogThis!Share to TwitterShare to FacebookShare to Pinterest
Filed Under: Feature, Safety