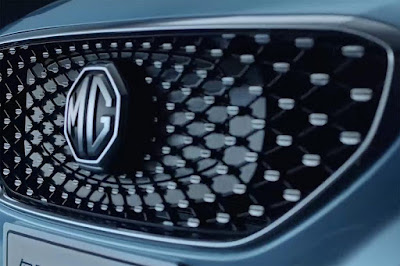 The Hyundai Kona Electric is going to have some competition from an unlikely source: MG. The British car brand (by way of China) announced its first all-electric vehicle for export markets and it’s a crossover; it looks very familiar too. Meet the MG ZS EV.

First launched at the Guangzhou Motor Show in 2018, the MG ZS EV is known as the eZS in China. It’ll make its first trip out of Mainland China to the United Kingdom where it will be sold there by the third quarter of the year. It builds on all the strengths of the ZS—room for five and a full-sized cargo hold while adding zero emissions as well.

The ZS EV uses an electric motor to drive the front wheels. It makes 150 horsepower and 350 Nm of torque and can go up to 428 kilometers on a single charge. Plus, it’ll have fast-charging capability as well: 80 percent of charge can be done in just 30 minutes.

It looks fairly identical to the gasoline-powered ZS with the exception of the unique alloy wheels and exclusive bright blue paint job. Inside, it gets the same cockpit but with a larger infotainment screen and a dial-type shifter instead of the traditional lever one.