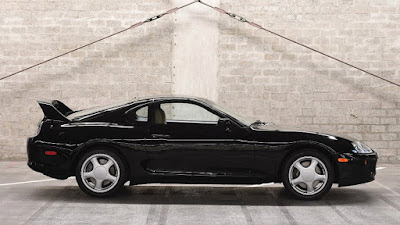 While RM Sotheby’s largely expected the car to well between USD 100,000 to 120,000 based on the previous record price for a A80 Supra, this twin-turbo example went well beyond the expected price.

The auction house said that this particular example was sold new in Illinois, U.S.A. and remained there for two years, accumulating around 6,000 miles. After that, it was imported to Switzerland about a year ago. It’s said to be “in brilliant and largely original condition throughout.”

Man, for owners of original, unmolested A80 Supras out there, consider this an indication that you could be sitting on a potential gold mine.
at 6:30 AM