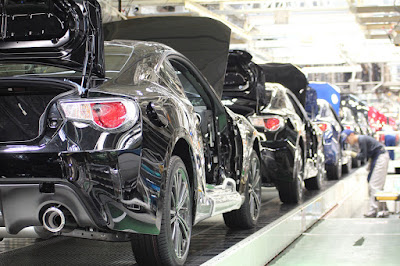 The Association of Vehicle Importers and Distributors, Inc. or AVID posted a healthy 12 percent year-on-year growth in sales for the month of February 2019 reaching 7,876 units from last year’s 7,017 units. The growth, AVID says, was driven by increased consumer spending and the launch of new and exciting products.

“We are encouraged by the good sales performance of AVID for the month which signals stronger consumer confidence as well as preference for top-notch products. While we are still in the early part of the year, we have gotten over the hump and expect a robust recovery for the automotive industry,” AVID President Ms. Ma. Fe Perez-Agudo said.

Despite the solid performance in February, AVID’s sales for the first two months of 2019 still lagged by 8 percent at 14,499 units compared to the same period last year.

Demand for Passenger Cars (PC) dipped by 1 percent from a year ago with 2,843 units sold in February 2019 against last year’s 2,881 units sold. For the first two months of the year, the PC segment reported a 15 percent drop in sales to 5,140 units sold.

Hyundai managed to retain its position as the best-selling brand in this segment with 3,490 units sold with Suzuki in second with 1,204 units sold during the first two months of the year. Other brands such as Chevrolet, Ford, Subaru, Audi/Porsche all managed to sell less than 150 units each.

As for the Commercial Vehicle (CV) segment, there was a 19 percent boost in sales as it recorded 128 units in the second month of 2019 from last year’s 108 units sold. For the first two months, CV sales remained unchanged with 213 units sold in 2018 and 2019. Hyundai led this segment with 154 units sold while JAC followed with 59 units sold.

“We are seeing an upturn in all major segments which augurs well for AVID in the coming months. Initial indications point to the fact that the Philippine economy is poised for improved performance in 2019. We aim to ride this wave of growth,” Ms. Ma. Fe Perez-Agudo declared. 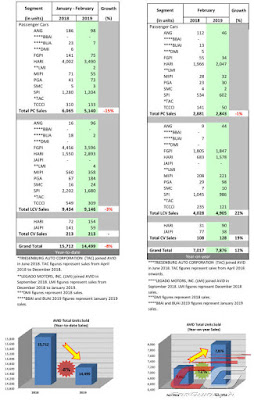