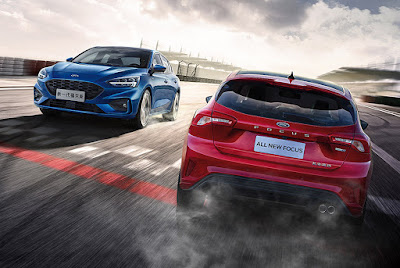 Ford is quietly reshuffling its business as it continues to struggle in China, the world’s second largest economy. Reuters via The New York Times reports that the American carmaker has begun dismissing thousands of its 20,000 workers due to weak auto sales there.

The New York Times reported that Ford’s three factories are operating at just one-fifth of their total capacity which likely influenced the decision to cut jobs. Though the plant predominantly serves the China market, this partnership with Changan Automobile Group does build the current Philippine market EcoSport.

This worrying news comes at the heels of Ford’s decision to sell off its entire stake in an engine plant the American carmaker setup as a joint-venture with Changan and Mazda. As it stands, Mazda bought out Ford’s share, and with that necessitated a name change from Changan Ford Mazda Engine Co., Ltd to Changan Mazda Engine Co., Ltd.

Elsewhere, Ford has announced that they will be pulling out of the commercial heavy truck business in South America ceasing production of its F-4000, F-350, and even the Fiesta in Brazil. They will also stop production of the Focus in Argentina as well.