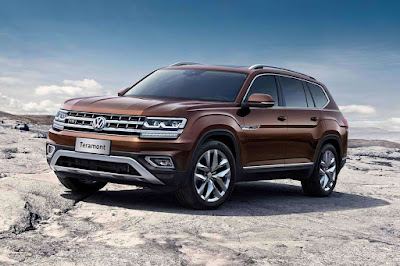 Volkswagen Philippines’s move to introduce its China nameplates has paid off handsomely. The German brand, distributed by AC Industrials, a wholly-owned subsidiary of Ayala Corporation reported sales of 1,363 units or a 7 percent increase compared to 2017.

Though this number is significantly lower than the 50 to 60 percent increase expected by Volkswagen, their shift to the new nameplates enabled them to weather the excise tax storm which saw industry sales dip 20 percent.

With a new president at the helm of the company, Mr. Felipe Estrella III, Volkswagen is bullish this 2019. Coinciding with an expected recovery in overall vehicle sales, Volkswagen Philippines says they’re expecting a 50 percent growth this year.

This growth will be primarily driven by two things.

The first is AC Industrial’s decision to synergize their overall product strategy alongside the newly-acquired Kia. Mr. Estrella says that this will enable Ayala to flex their corporate muscle and give them the leverage to complete in several market segments without any danger of overlapping. For the Volkswagen brand, this means marketing and communicating “German design, engineering, and motoring lifestyle to the Filipino people.”

The second is Volkswagen Philippines’s announcement of 2 new models that’ll arrive in the country. This will effectively increase their product offering from the current 7 to 9 models by December 2019.

Though Volkswagen Philippines wants to keep their future product plans under wraps, the most obvious source would be to look at the German automaker’s China joint-venture with SAIC where the Santana, Lavida, Lamando, and Tiguan are currently sourced.

The strongest bet would be the Teramont, a 7-seater SUV built atop the advanced MQB platform and designed to do battle with the likes of the Ford Explorer and Mazda CX-9. Along with the Teramont, Volkswagen may opt to bring back the second-generation Tiguan, albeit with a 7-seater configuration (Tiguan L) to further its reach in the compact crossover market or perhaps bring in something more affordable like the SUV version of the Santana, the Santana Cross. Another likely candidate could be the Tharu—a “powerful family SUV.”.

Along with this slew of new products, Volkswagen Philippines will be expanding its dealership network by 4 more by the end of the year, bringing its total to 12.

Are you excited for Volkswagen this 2019? What sort of vehicles would you like them to bring?
at 7:00 AM