Just How Many Santanas Did Volkswagen Philippines Sell in 2018? 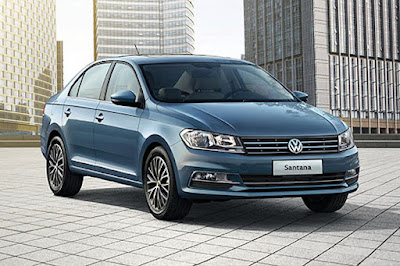 When Volkswagen Philippines shifted over to its five new nameplates: Santana, Lavida, Lamando, and Tiguan, most of the attention is focused on the Santana. It was, for a very good reason: with a starting price of just P 686,000, it was expected to carry majority of the sales weight on its shoulders.

Almost a year after its market release, the Santana did manage to fulfill its duty as Volkswagen’s volume seller. In his speech, Volkswagen Philippines Chief Operating Adviser Klaus Schadewald revealed just how big the Santana contributed to the German brand’s 2018 sales figures.

“The Volkswagen Santana sedan and GTS models were the best-selling vehicles of Volkswagen Philippines in 2018 with 33 percent share of the total sales,” Mr. Schadewald revealed.

With total sales running at 1,363 units, that meant moving about 450 units. It’s worth noting that the automatic transmission and GTS variants of the Santana joined the fleet in November 2018 meaning it only enjoyed two months of retail sales. In other words, expect to see more Santanas as it enjoys its first full year of sales.

“We implemented aftersales services and warranties that made owning a German marque as worry-free and convenient as possible. We now offer 3-year warranties for every model, while keeping periodic maintenance service intervals of only once a year or every 10,000 kilometers, whichever comes first,” Mr. Estrella said.

Aside from the 5 new nameplates, two new ones, both SUVs will join the line-up in 2019. This makes German extremely bullish and as a result, targets a 50 percent growth in 2019.

“By the end of 2019, we look forward to having a bigger, better, and more relevant Volkswagen Philippines powered by the many smiles on our customer’s faces because their drives just got better,” concluded Mr. Estrella.
at 1:24 PM