Ever Wondered Why Mazda Dropped the "Axela" Name for the 2019 Mazda3? 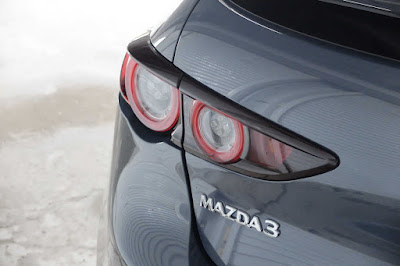 With Japan started sales of the all-new Mazda3 last May, there’s one peculiar thing about it: it’s not called “Axela” anymore. Long time Mazda fans will know that for the past three generations, the compact car was called as such—a portmanteau of “Accelerate” and “Excellent.” For the all-new fourth-generation model though, Mazda opted to axe it and they’ve got a good reason why.

“It was a very hard decision,” says Kota Beppu, Program Manager for the all-new Mazda3. “Mazda only had a handful of models that remained successful throughout different generations and the Axela is one of them. The decision to drop ‘Alexa’ name for the all-new model was something that even the top management didn’t want at first.”

That said, Beppu-san explained that the decision to drop the old name for Mazda3 has a significance for the carmaker.

“Not only is this an opportunity for us to introduce a global naming structure for all our cars, but it signifies a new era for Mazda as a company,” explained Beppu-san. “As the first car in Japan to have the company name attached to the model signifies where we are going as a brand. It is a representation of what we, as a carmaker, stands for.”

True enough, despite 40 percent of its global sales driven by crossovers, Mazda still chose the Mazda3 to be the first next-generation (aka seventh-generation) model.

Yasutake Tsuchida, Chief Designer of the Mazda3 explains, “The compact or C-segment cars don’t have the same role as they did before; that role has now gone to crossovers. The all-new Mazda3 is designed and engineered to be a very personal choice.”

With that, Mazda has chosen a different vision for the Mazda3: that it be an object of universal desire. Thus, they have opted to focus on the aspects of design, craftsmanship, and a natural driving feel—adjectives that don’t normally describe a compact car. Yet, it’s not surprising for a carmaker that’s always defied convention.
at 11:18 PM

Email ThisBlogThis!Share to TwitterShare to FacebookShare to Pinterest
Filed Under: Feature, Mazda 3, News