Honda Philippines is Launching the Refreshed BR-V Later this Month 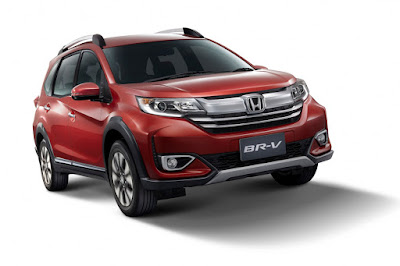 Facing stiff competition from various 7-seater small MPVs and SUVs, Honda Cars Philippines is preparing to fight back with the launch of the refreshed BR-V later this month.

Though Honda Cars Philippines still remains tightlipped on the new BR-V’s details, the 2019 model has already been launched in Thailand, and with that could provide the earliest signs of what to expect. That said, a hint of caution here: since the BR-V is now assembled in the Philippines, HCPI could take some liberty in modifying the features and/or specs to suit the market.

Still, if the Philippine spec models do end up echoing the Thailand spec ones, expect it to receive a heavily revised front-end with a new grille, bumper, and headlights with LED lighting and DRLs. The same angular treatment will continue at the back with the revised bumper. Completing the changes are new styles for the 16-inch alloy wheels.

Inside, the 2019 BR-V will receive a sportier interior with a black-and-red two-tone treatment for the highest-end variant. It should also receive a revamped infotainment system that integrates a rear parking camera.

Mechanically, the 2019 BR-V will remain unchanged. It will receive a 1.5-liter SOHC i-VTEC engine with 120 horsepower and 145 Nm of torque. The sole transmission option is a Earth Dreams CVT.

In Thailand, the BR-V comes in two variants: the entry-level V and the highest-trim SV models. It also comes in both 5- and 7-seater configurations. It’s more likely that HCPI will continue with the current naming convention going with the S as the entry-level and the V as the highest-trim model. However, they can also opt to throw a curveball and introduce an entry-level 5-seater variant and bump up the 7-seater variants to the V and SV grades.

Do you think the Honda BR-V can fight back with these upgrades? Let’s find out by the end of the month.
at 3:35 PM