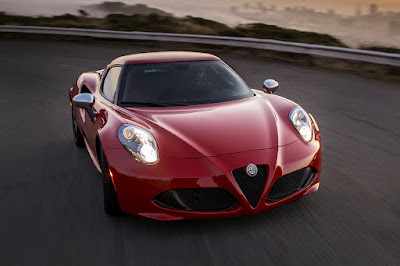 After announcing the availability of the Stelvio performance SUV last May, things don’t seem to be quieting down for Petromax Enterprises, a reseller of all things Alfa Romeo and Abarth in the Philippines. Whispers are getting louder that two new sportscars may soon join the line-up in August.

Well-placed sources say Petromax Enterprises is poised to bring in the Abarth 124 Spider alongside the Alfa Romeo 4C into the country. 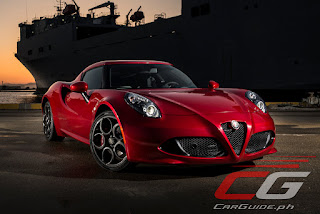 As a bit of a refresher, late last year, Petromax Enterprises’s Allen Ong confirmed that the Alfa Romeo 4C and 4C Spider were available on a per order basis. With August the expected arrival date of this hardcore lightweight sportscar, it means that a customer or two placed an order for one fairly recently.

Dubbed “the attainable sportscar,” the 4C is a collaboration between Alfa Romeo and Maserati. It has a Formula One-style carbon fiber monocoque construction and aluminum chassis resulting in a 1,050-kilogram curb weight and a near-perfect 50/50 weight distribution. It also has a mid-mounted turbocharged engine with 240 horsepower and 350 Nm of torque. Mated to a dual-clutch automatic, it dispatches the century mark in less than 5 seconds and corners at more than 1.1 g. 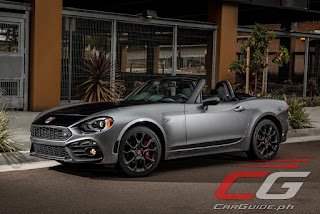 Even more interesting is the Abarth 124 Spider. After initially stating that the business case for the open-top sportscar designed in collaboration with Mazda was hard, it seems Ong has found a viable way to bring it in.

Assembled at Mazda’s Hiroshima plant, the Abarth 124 Spider uses the MX-5’s platform, interior, and some body panels. However, FIAT uses its own engine, suspension, and front and rear ends to differentiate it from the MX-5. As a result, the 124 Spider is a bit longer and has a larger cargo capacity compared to its Mazda sibling. According to sources, the 124 Spider coming in is the hottest one available: the Abarth 124 Spider. With that, it uses a 1.4-liter turbocharged engine with 164 horsepower and 250 Nm of torque mated to either a 6-speed manual or 6-speed automatic.

Pressed about the news, Ong did not confirm nor deny the rumors. He says he has no official comment as of the moment, but he did add that in case the Abarth 124 Spider does make it into the country, he sees it competing with the Mazda MX-5 and Porsche Boxster and may slot somewhere in-between in terms of pricing.
at 6:30 AM