There's Something Weird with the Philippine Spec Toyota Supra 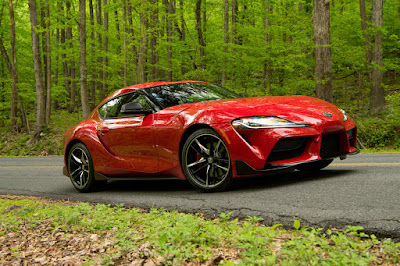 If you’ve been checking social media, it’s impossible to have missed a photo or two or ten of the all-new 2020 Toyota Supra at the Clark International Speedway. After outing its arrival its arrival at the Batangas Port last week, Toyota’s BMW-based flagship sportscar will be doing the rounds with the one-make Vios racecars this weekend.

While everyone else is ogling the Supra’s Bavarian ass, there’s something peculiar that we noticed—one that makes our Supra different from every other Supra we’ve seen so far globally. And it’s one that its would-be owners will change when they get their hands on the supposedly P 5-million 335-horsepower sportscar.

Without saying anything, here it is: 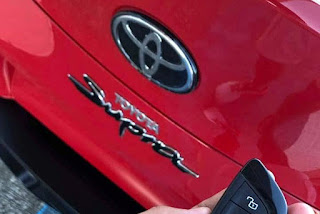 Noticed it yet? It’s not the BMW key, that’s pretty standard with every Supra you get. It’s actually the small “Toyota” logo on top of the “Supra” lettering. Mind you, it’s not something unique to this model, it’s something found in other CBU Toyotas like the 86, the FJ Cruiser, RAV4, and Prius. But what makes the Toyota badge different on the Supra is its rather unfortunate placement. See how the Supra looks in other markets: 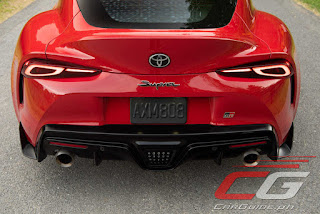 See? It’s hella-clean. It’s worth noting that the “GR” or Gazoo Racing badge has managed to arrive intact for the local model. Clearly, would-be Supra owners will likely de-badge the “Toyota” lettering not because it’s a Z4 underneath, but because it just looks cleaner.

UPDATE: apparently, the Philippine spec Supra mirrors the European spec models which have the “Toyota” lettering as well. It seems the Supra destined for the local market will boast specs and equipment similar to the General European market, a move done by other manufacturers and distributors for low volume models. 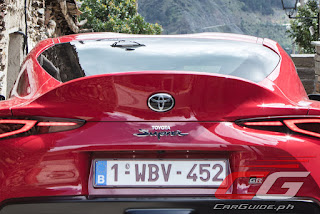