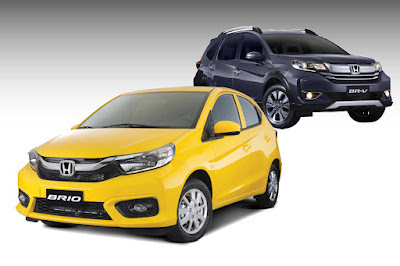 “As you very well know, the automotive industry continues to face challenges since 2018. This includes factors such as excise tax, unfavorable foreign currency, and inflation. Nevertheless, despite these challenges, we remained positive and continued to serve our customers with joy with our Honda top quality products that enhance their lives,” said Takakura-san.

In fact, for the first five months of 2019, Honda Cars Philippines has so far sold a total of 8,660 units. This is composed of 5,030 units in the Passenger Car segment and 3,630 units in the Commercial Vehicle segment.

One of the biggest factors to HCPI’s strong showing thus far is the sales of the all-new Brio. After its launch just last April 23, Takakura-san said they have sold over 610 units thus far, translating to a 1,257 percent increase versus its predecessor year-on-year.

Moreover, HCPI is banking on the continued success of the newly-launched BR-V. Since its Philippine market launch in September 2016, it has sold more than 14,500 units making it the second best-selling nameplate for Honda locally. And furthering its commitment to serving its Filipino customers, Takakura-san says there will be no waiting time for the new model.

“Last year, as part of our commitment to help grow the Philippine automotive industry, and as support to all our associates, we have decided to produce the BR-V here in the Philippines. This also means the BR-V will always be available to our customers with no waiting time,” says Takakura-san.
at 8:00 AM