How Did a Hyundai Tucson Survive Getting Smashed by a 5-ton Boulder? 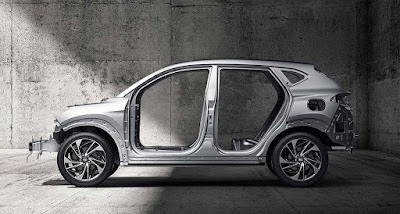 Articles about how a couple in a Hyundai Tucson survived getting hit by a giant boulder in Taiwan have begun circulating on Facebook. The boulder, weighing 4 to 5 tons smashed onto the driver’s side of the compact SUV. Based on photos, the impact looked pretty fatal, but luckily both passengers escaped with only minor injuries.

While this is a dramatic way to showcase the Tucson’s rigid crash safety cage, what most people didn’t explain is what Advanced High Strength Steel or AHSS is in the first place.

Unlike other brands, be it a Toyota, Nissan, or what have you, Hyundai holds a very important distinction that no other brand does: they make their own steel. Through the group’s Hyundai Steel (the second largest in the world, mind you), the Korean automaker developed the in-house Advanced High Strength Steel. Comparable to the more generic term, “high strength steel,” they have a tensile strength exceeding 550 MPa making it stronger and less susceptible to flexing without the added weight. What’s more, because Hyundai makes their own steel, they can produce this high-quality automotive steel at a more affordable price.

AHSS offers the largest benefit when applied to key structural areas of a vehicle such as the pillars and side sill reinforcements. And while it’s tempting to use it throughout a vehicle’s entire body, the main disadvantage of AHSS is that it’s harder to form. Regardless, thanks to forming simulation techniques, Hyundai has managed to up the use of AHSS in their vehicles. The Tucson, for example, has a body made up of 51 percent AHSS, closely matching the Kona’s at 51.8 percent. The Accent, Santa Fe, and Palisade all do even better at 54.5 percent, 57 percent, and 69 percent respectively.

Aside from improving safety, AHSS also improves long-term durability because the body structure itself, especially at weld points, are less susceptible to flexing or warping. Additionally, the higher percentage of AHSS would result in less body deflections when hitting potholes or bumps, significantly improving the handling, ride, and NVH isolation.
at 9:06 AM