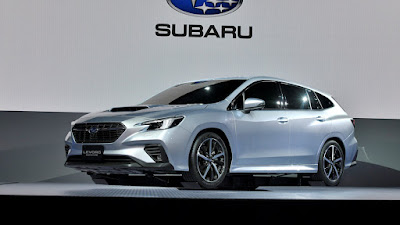 It looks like Subaru is finally hitting a good design stride as evidenced by the introduction of the all-new, second-generation Levorg at the 46th Tokyo Motor Show 2019.

Continuing Subaru’s “grand touring” philosophy, the all-new Levorg aims for more driving enjoyment, comfort, and safety. Above all, it’s the first Subaru model to apply their new design concept of “BOLDER” (yes, in all caps). It goes so far as to suggest that the all-new Levorg expresses “passion that inspires people to try something that has never been tried before.”

Thankfully, despite all this talk of trying something new, the all-new Levorg sticks to a tried-and-tested formula of adding a turbocharged engine with an all-wheel drive drivetrain. In this case, it gets a newly-developed 1.8-liter boxer engine with direct injection and turbocharging which balances performance with environmental performance.

Coupled with the all-new engine, the second-generation Levorg finally migrates to the Subaru Global Platform. For use in this high-performance version, it’s been enhanced with a full inner frame construction that enhances its body rigidity even further.

Of course, being a Subaru, the all-new Levorg gets the next-generation EyeSight driver assist feature which now combines its stereoscopic camera with four radars located in the front and rear bumpers. With that, it gives the EyeSight system a full 360-degree view around the vehicle expanding its range of pre-collision braking operation to cover crossing and turning at intersections of low visibility.

Subaru will reveal more mechanical details of the all-new Levorg closer to its market launch which will start in Japan by the second half of 2020.