Is the End Near for the Internal Combustion Engine? Not So Says Mazda 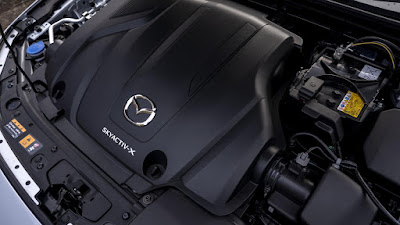 With Mazda now joining the Electric Vehicle bandwagon with the MX-30, is the era of the Internal Combustion Engine or ICE finally over? Not so fast, according to Hidetoshi Kudo, Executive Officer in charge of R&D Administration, Product Strategy, and Technical Research Center.

While Kudo-san acknowledges that the peak era for the internal combustion engine is near (2020 if the Energy Technology Perspective report by the International Energy Agency is used as basis), he says there’s no reason to turn away completely from fossil fuels just yet.

Not only does the very same report say that the internal combustion engine will still account for a majority of new car sales even by 2050 (though they’d be electrified in one form or another), but from Mazda’s Well to Wheel perspective, which takes into account not just what energy source is used but how it’s generated, going electric won’t be a one size fits all solution. Furthermore, while others say structural limitations (lack of charging stations) is a primary reason why everyone is slow to adopt EVs, Mazda thinks its down to an EV’s functional limitation, such as lack of range—again, it’s about not being a one size fits all thing. What’s needed, Kudo-san says, are multiple solutions to meet the requirement of reducing emissions.

With that in mind, Mazda’s approach to powertrain development will be a two-prong one. For countries that generate energy through renewable means, Mazda will offer battery electric vehicles. For countries that generate energy using fossil fuels, they will offer improved internal combustion engines (with some form of electrification) that’ll produce even lower fuel consumptions and emissions than the current Skyactiv series engines such as Skyactiv-X.

Moving on, Kudo-san has an interesting explanation as to why the MX-30 didn’t go for record-breaking range. Again, this is all down to Mazda’s Well-to Wheel approach. Conducting a Life Cycle Assessment (LCA) of lithium-ion batteries, they calculated the amount of emissions each step generates from materials extraction to manufacture, maintenance, and finally, disposal.

They realized that emissions proportionally increase to battery size, and at the 50-kWh mark, the amount of emissions from battery production actually exceed the emissions from vehicle production. Moreover, because traction batteries need replacement at the 160,000-kilomter mark (on the average) to maintain performance, using a 95-kWh battery will actually exceed a diesel vehicle’s emissions from an LCA perspective by 50 percent. In the case of the MX-30, going for a 35.5-kWh makes its LCA emissions lower than its comparative ICE counterpart. Regardless, the resulting 209-kilometer range is still way more than the 50 kilometers of driving a typical EV owner does on a daily basis.

What Mazda proposes instead to increase the range of their EVs would be to adopt a rotary engine as a power generator. Being lightweight and compact in size, it’s ideal for this purpose. And even by plopping down a Wankel, it will still result in lower LCA emissions compared to electric vehicles outfitted with larger batteries. In addition, rotary engines can be adopted quickly to run on a variety of fuels such as LPG, CNG, and even hydrogen making it virtually future-proof.

As a whole, Mazda says they’ll be able to cut their corporate well-to-wheel emissions by 50 percent of 2010 levels by 2030. Though EVs will certainly play a part, the leading  role still belongs to the internal combustion engine which they still believe still has a few tricks up its sleeve. By using a multi-solution approach to combat emissions, they see it as a way to balance environmental preservation with business efficiency.
at 12:42 PM