Toyota Had the Biggest WTF Moment at the Tokyo Motor Show 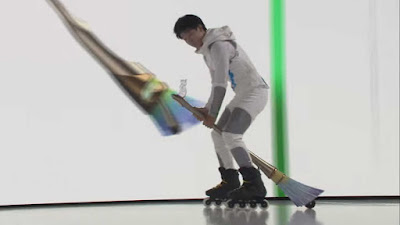 The 46th Tokyo Motor Show 2019 had everything: cutesy-patootie sub-compact cars, bonkers concept SUVs, cool-looking EVs, a new stylish wagon, and then you have this: the Toyota e-broom. It had the biggest “WTF” moment at the show and elicited more confused reaction than applause when Toyota President Akio Toyoda and his cartoon counterpart, Morizo showed it to the press.

Officially, Toyota describes the e-broom as: “Modeled after a broom used by a witch to fly through the air, this mobility platform integrates people and machines, allowing users to reaffirm the enjoyment of mobility.”

It’s also a very literal take on “being swept up in the mobility of the future.”

In reality what we see is a phallic-looking stick with an electric motor stuck to it. Well, at least it allows its riders on inline skates to zip through feeling like Harry Potter.

Toyota says it’s all part of their grand plan to transform itself from being just an automaker to a full-blown mobility provider. But honestly? It shows their engineers just have too much free time on their hands. C’mon Toyota—we almost forgave you for coming up with the BMW Supra, and now you give the world the e-broom? 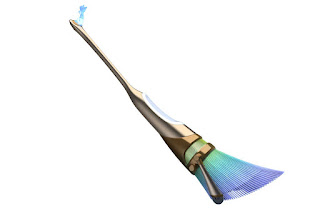