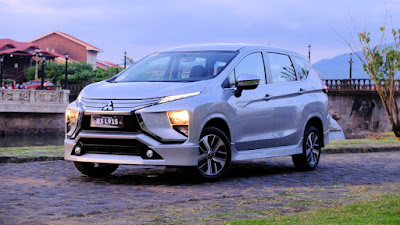 The Mitsubishi Xpander, currently the hottest-selling MPV (Multi-purpose Vehicle) in the market, took the 2019 AOTY– Standard category crown via a consolidated score of 3,368.8 that marked a narrow win over the 3,203.2 points of the Toyota Hilux pickup. The Xpander also landed the “Model of the Year” in the MPV/Van classification for the first time.

In the Premium/Luxury category, the top AOTY award went to the Toyota Alphard van, in runaway fashion. The Alphard also came away as this year’s “MPV/Van of the Year”, following a previous streak of 4 consecutive model of the year wins from 2012-2015. With this 5th annual award, TMP’s top selling premium/luxury model will enter the elite circle of the Auto Focus Model of the Year Hall of Fame.

The AFPCA, organized by Sunshine Television (STV) and now on its 15th edition, is an annual public poll that aims to determine the country’s most popular automobile brands and models. It features a unique scoring system that attributes 80 percent value to public votes from the July 1 to September 30 online poll and 20 percent to unit sales. Official sales volume data for the AFPCA was furnished by Stradcom Corporation with the official sanction of the Land Transportation Office (LTO). The data covered only “Completely Built” and “New Imported” units that were put in for new registration with the LTO from January to September 2019. So-called grey market and used vehicles were excluded. The AFPCA scoring methodology yields Model of the Year awardees in five (5) Standard and four (4) Premium/Luxury classifications and the Automobile of the Year in separate Standard and Premium/Luxury categories from over 180 models in the 2019 AFPCA Official Entry List.

During the same evening, due recognition was also conferred upon winners of the “2019-2020 Auto Focus Media’s Choice Awards” (AFMCA), an equally important component of STV’s Automobile Industry Merit Program. The AFMCA aims is to further recognize the automobile industry’s continuing efforts to provide car owners and motorists with the best on-board features, styling, performance and overall value. A select group of recognized motoring media professionals and practitioners comprised the AFMCA Voters’ Panel. Prompted by a record-high number of entries and the evident level of parity in many model categories, the Awards Committee maintained last year’s rationalized majority rule that set a 1/3rd or 33.3 percent vote tally requirement for media awardees. The previous 12 Standard and 10 Premium/Luxury model classes were retained. Based on this, 56 winners emerged from the 88 award categories.