Is Ford Philippines Bringing in the Transit MPV? 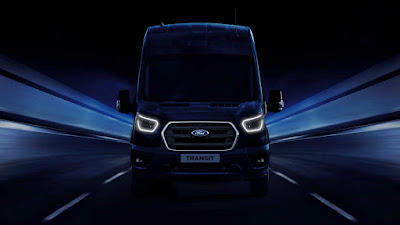 Is Ford Philippines finally bringing in a full-sized MPV to battle the likes of the Toyota Hiace Super Grandia and Hyundai Grand Starex? It seems so based on a teaser they’ve sent us for a product launch happening at the end of November.

Based on the teaser (invite) photo, it looks to be the Ford Transit MPV. A quick photo shop shows that it perfectly aligns and key aspects of the design such as the mounting of the front camera and grille detail line up perfectly. 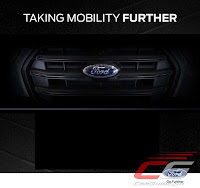 Now, the question is: what sort of specs will the Philippines get? Well, that would all depend on where the Transit is sourced. If we’re looking at Europe, we’ll be getting the latest drivetrain—a 2.0-liter turbodiesel shared with the Ranger and Everest. For its services in the Transit, it makes 170 horsepower. And the transmission is the same 10-speed automatic, too. This won’t be out of the question because another left-hand drive market, Vietnam, gets a turbodiesel version of the Transit.

However, if sourcing is from North America, it’ll get one of three engine choices: the outgoing Ranger’s 3.2-liter inline-5, a normally-aspirated 3.7-liter V6, or a 3.5-liter EcoBoost V6. In these cases, the transmission is a 6-speed automatic. And while we have nothing against getting these powertrains, consider it an opportunity lost for Ford Philippines if they’d plop in a large displacement gasoline instead of a torquey diesel in their MPV. This could relegate the Transit from a potential volume player into a niche player once more (see E-150).

As for the price? Well, gray market Ford Transits currently sell for north of P 2.3-million. If Ford Philippines wants to make a dent, they’d be undercutting these “entrepreneurs” for sure. Again, this is all speculative for now, so we guess all eyes will be on Ford this coming November is they can truly spring a surprise.
at 10:40 AM