The All-New, Fourth-Generation Honda Jazz is Coming and This is Our First Look 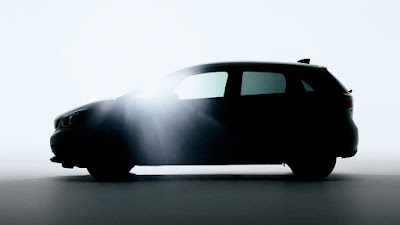 Tokyo Motor Show is just a week away, so let the teasers begin. What could be one of the most important new models for Honda at the show is this: the all-new Jazz sub-compact hatchback.

Known as the Fit in Japan, Honda says that the all-new Jazz is “redesigned with passenger at its heart.” They also promise to “raise the bar in terms of comfort and driver enjoyment.” Previously, Honda made news because they confirmed that only an electrified version will be sold in Europe using a two-motor hybrid powertrain. This is likely a smaller version of Honda’s i-MMD system which is currently in use in the Accord Hybrid and CR-V Hybrid.

Based on the teaser photo, it’s very interesting to see that the all-new Jazz is going back to styling seen in the first-generation GD model. It’s clear that it’ll have a more rounded (friendlier) appearance perhaps inspired by Honda’s very own all-electric Honda e. It also looks to have shorter overhangs and a more compact appearance, a departure from their overly long, overly complicated designs seen in the current Accord and Civic.

CarGuide.PH will be at the Tokyo Motor Show once again so make sure to follow us on our social media channels for the latest updates: