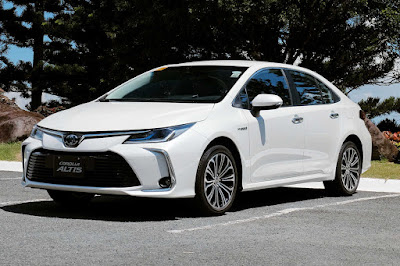 Pardon the lack of updates lately. Coming from a string of trips, I found myself with a pretty bad case of the flu. Yup, I have the whole nine yards—fever, cold sweats, achy joints—it’s come to a point that it’s become tiresome to string together a few sentences that make sense before the Nyquil kicks in.

But for the sake of you, my dear readers, and for my own curiosity as well, I decided to drag this sorry excuse for a sack of flesh to drive the all-new Toyota Corolla Altis Hybrid (full review soon) from Manila to Tagaytay and back at the height of traffic just to see what sort of fuel consumption I can get.

The plan is fairly simple: drive out at 9 AM (when all the trucks are also out) from Marikina to Tagaytay via C-5 and the ground level of SLEX. The exit point is via Greenfield City and up via the Santa Rosa-Tagaytay Road. Once I reach the Tagaytay Highlands for lunch and a photo op, it’ll be a trip down starting 5 PM through Silang and SLEX once more, crawling through the entire length of the horrible construction site and out to C-5 and down Marcos Highway back to Marikina via Gil Fernando Avenue.

The entire round trip took close to 6 hours to achieve (rest stops not included)—a feat that I survived considering I had the stamina of pre-super solider serum Captain America at this point. Oh, and yes, I was basically being sustained by a steady diet of Berocca and Biogesic.

Having driven a Prius on occasion, I found it surprising that the Corolla Altis Hybrid engages its “EV Mode” quite aggressively. Yes, you can turn off the feature (why would you though), but for as long as there’s enough charge in the traction battery (40 percent or more), it’ll try to push itself through city streets, highways, zigzag roads, and even parking ramps using electric mode first. Only if more oomph is required will it summon the 1.8-liter Atkinson cycle engine.

What is uncannily similar to the Prius though are three things: the artificial feel of the brakes (due to their regenerative function), the constant and rather annoying vibration in the throttle pedal whenever the internal combustion engine kicks in, and the heft around the car’s middle area (the battery’s placement).

I’ll talk more about how the Corolla Altis Hybrid drives soon, but let’s get to the topic of fuel economy—after all, this is the reason why I went out in the first place, right?  Does Toyota’s gasoline-electric hybrid work on Philippine roads? Hell, yeah. How good? The final mixed city/highway figure stands at an insane 20.833 km/L. But you know what’s even crazier? The consistency. Left in city confines, the figure is 21.73 km/L and since I got the batteries fully charged heading down Tagaytay, even through the heavy construction at SLEX and rush hour traffic on C5, it registered 26.31 km/L. Mind boggling, I tell you.

At least it’s settled then: the Corolla Altis Hybrid does live up to its fuel economy hype. Now, if you excuse me, I still can’t feel my right butt cheek from yesterday’s arduous drive and the Nyquil’s kicking in again.
at 1:39 PM