No, We're Not Getting the Mustang GT500 or GT350R Anytime Soon 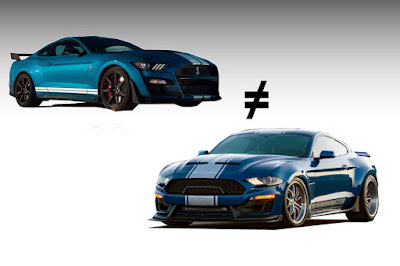 Setting the record straight is Allen Pascual, who’s just been appointed as the head honcho of Shelby Philippines.


“Autohub group is the exclusive distributor of Shelby American Inc. which produces the aftermarket styling (kits and side skirts) and performance parts (supercharger).

We will be sending our best technicians to Las Vegas for training and a member of the Shelby family will be here when we formally launch [in January 2020].

Regarding the Ford Mustang Shelby GT500 [and by extension, the Mustang Shelby GT350R), unfortunately, that is not part of the distributorship Autohub got. These are officially the property of Ford USA and the exclusive rights belong to them.”

In short, if you want to see the Mustang Shelby GT500 or GT350R, please don’t go knocking on Autohub’s door—it’s best to bring this matter with Ford Philippines.
at 8:43 AM

Email ThisBlogThis!Share to TwitterShare to FacebookShare to Pinterest
Filed Under: News, Shelby Corporate