The Curious Story of This One-Off Yellow Mazda MX-5 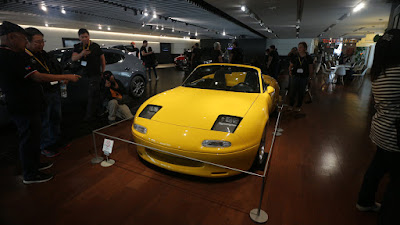 While this opportunity wasn’t our first visit to the Mazda Headquarters and Museum in Hiroshima, since we had around 100 members of the Miata Club of the Philippines in tow, it was only appropriate that our host, Mazda Corporation put on a show.

Before making its way to the Miyoshi Proving Ground for the roadster’s 30th anniversary party, they brought this out for the MCP members to appreciate: the 1989 Miata Club Racer.

For those who’re not too familiar with MX-5 history, the Miata Club Racer was actually shown side-by-side with the road-going MX-5 during its global debut at the 1989 Chicago Auto Show. Showing a sportier concept next to the regular looking production car may sound counterproductive, but Mazda simply wanted to show the aftermarket potential of their new roadster.

However, the most interesting bit about the Miata Club Racer is that, despite its wild looking exterior, it’s pretty much a bog-standard MX-5 inside and underneath. In fact, it was one of the last pre-production MX-5s with interior bits that never made it to the production roadster! For the curious, they include things like different gauges, more complicated looking door trims, and more.

In the thirty years since the MX-5’s debut, it’s become obvious that the “NA” roadster gained a much bigger following in stock form as opposed to something tuner as suggested by the Miata Club Racer. This bright yellow thing is indeed the automotive equivalent of elephant pants and whatever 90’s fashion faux pas you could think of. But you could also say that Tom Matano’s clean, elegant design of the original NA is what makes it look good even up to today. 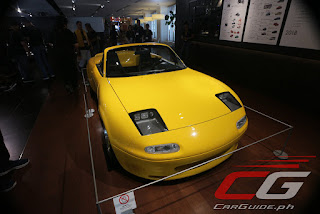