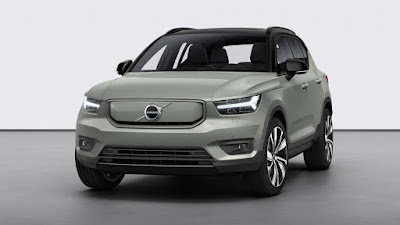 Hard to imagine but this is Volvo’s first-ever fully-electric car. With all of the premium carmaker’s talk of going electrified, they only had hybrids and plug-in hybrids in their line-up, not full electric ones. Well, they seem to be making up for lost time because the all-electric XC40 will be the first of any models under its new “Recharge” line.

The XC40 Recharge blends the award-winning design of Volvo’s baby SUV with a state-of-the-art fully electric all-wheel drive powertrain that delivers an output of 408 horsepower and a range of more than 400 kilometers on a single charge. What’s better, the battery charges to 80 percent of its capacity in just 40 minutes using a fast-charger system. 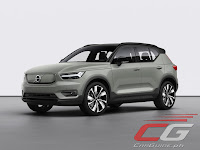 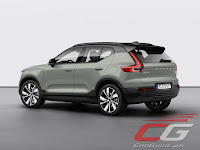 Thanks to its EV powertrain, the XC40 Recharge adds a front trunk of “frunk” adding even more cargo flexibility—a trait the conventionally-powered XC40 is already renowned for. It’s also the first Volvo to feature the next-generation infotainment system now powered by Google’s Android operating system.

After the XC40 Recharge, Volvo Cars will launch a fully electric car every year over the next five years. Every model in the range will offer a Recharge option from the XC40 to the 60 series to even the XC90. Currently, Volvo is the only carmaker to offer a plug-in variant of every model in its line-up.

To further encourage electric driving, Volvo, at least in Europe, will offer every Recharge model with “free electricity” for a year—through a refund for the average electricity cost during that period.
at 9:18 AM