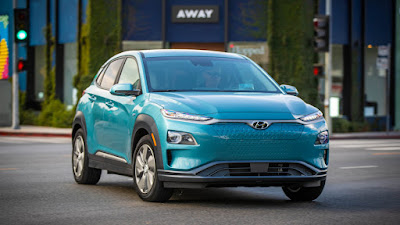 Hyundai’s all-electric SUV, the Kona Electric has reached an important sales milestone: its global sales have breached the 100,000-mark.

Cumulative sales of the Kona Electric reached 103,719 units as of June, just over two years since its launch in March 2018. Sales outside of its home market Korea accounted for more than three quarters of the total.

The Kona Electric has been widely lauded for its class-leading driving range, fast-charging capability, safety, and convenience features.

Building on the Kona Electric’s successful legacy, Hyundai is focused on making zero-emissions mobility a reality, making it a significant part of its long-term strategy. By 2025, the company aims to sell 560,000 battery electric vehicles in addition to FCEV models.

The Kona Electric is also the first zero emissions vehicle available in the Philippines. It launched in 2019 with a price tag of 2,388,000.
at 5:24 AM