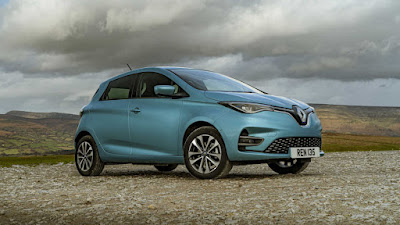 Renault has helped create the first 100 percent electric town by giving every household in the town of Appy in the Ariege region of France a New Zoe electric vehicle to experience for three years.

Appy is one of the most isolated towns in France, and that prompted Renault to come up with this scheme to prove that electric mobility is suitable even for remote towns. The French automaker says the Zoe’s nearly 400-kilometer range and broad charging capabilities as two of the reasons why they opted for the challenge.

The residents in the small town of 26 people (according to a 2015 census) will run the Zoe for three years, sharing their impressions and experiences with Renault. They will also be provided with a home charger, and there will also be a public charger for the town.

The carmaker hopes to be informed and understand the way customers interact with and use electric vehicles day to day. If the inhabitants of one of France’s most isolated towns can adopt an electric way of life, it’ll prove that everyone can. That also means the myths around buying and running an electric car can be dispelled once and for all.

The Renault Zoe is Europe’s best-selling EV, outselling the Nissan Leaf and Tesla Model 3 for the first half of this year. Its sales so far this year have climbed 50 percent to 37,540 units. In June, it has received a further 11,000 orders.
at 1:42 PM