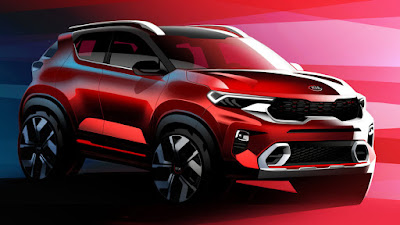 In addition, the Korean carmaker has finally shown what the interior looks like. Designed to maximize driver and passenger comfort, the Sonet’s interior is modern, vibrant, and offers a high sense of dynamism to drivers. It’s said to be trimmed in high-quality materials and has key features including a digital display and instrument cluster, and a first-in-segment 10.25-inch HD touchscreen.
The Sonet will also feature an extensive list of active and passive safety equipment and can be equipped with up to 6 airbags.
Finally, the carmaker has confirmed that it will be made available in many of the brand’s global markets. No indication if this will include the ASEAN market though.
at 3:00 PM