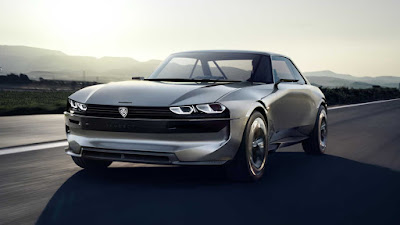 Peugeot’s Design Director, Gilles Vidal has left the brand. Vidal’s role at Peugeot has been taken over by Matthias Hossann who, among other things, helped designed the e-Legend Concept pictured.

Meanwhile, Vidal is heading to another French carmaker, Renault by November.

After joining the Peugeot brand in 2009, Vidal helped the brand renew its identity with products such as the current 3008. He was also in charge of User Experience (UX) and User Interface (UI) developments, culminating in the i-Cockpit design.
at 5:33 AM