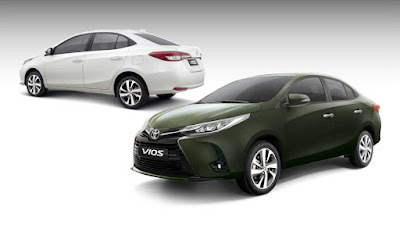 As the market leader in the Philippine automotive industry, it was no surprise for Toyota to set another bar. The Toyota Vios has arguably been the brand’s bestselling subcompact passenger car, dominating with a 20 percent share of the category. To date, it has been deemed the bestselling model for 14 out of its 17 years of existence in the country, aptly dubbed as “the Filipino’s most preferred car.”

Not only has the Vios evolved over time to answer to the ever-changing demands and nuances of its market, it has proven its reliability on the race track through the annual Vios Cup. The Toyota Vios is also one of the models that is produced under the government’s Comprehensive Automotive Resurgence Strategy (CARS) program, with its local production unit aimed at helping to uplift the economy and provide livelihood to many Filipinos.

With all these credentials, and quite possibly more than we can mention, Toyota’s mass market hero enters 2020 with upgrades. However, one might pose the question of why Toyota Motor Philippines (TMP) chose now to be the time to introduce a new model, never mind that it’s the Vios and that it’s not an entire model change. Realistically, it seems to be the worst time to do so, with the country battling a global pandemic, and the economy facing a threat of recession should the situation go further downhill.

Sure, the future looks bleak, and with good reason. But being the market leader, Toyota is determined to push forward and with its position, set an example for the rest of the industry. To quote TMP’s Senior Vice-President for Marketing, Mr. Jing Atienza, “It is Toyota’s role — in fact, the role of all [car] brands—to give such a momentum back to the market.” Momentum, in the sense that TMP is determined to get the ball rolling and encourage the return to a sense of normalcy, not only for the automotive industry, but for the rest of society.

And by introducing an upgrade to such an iconic model, during what seems to be the worst of times, Toyota has taken a first step in showing the industry that the potential has not disappeared, the loyalty of longtime customers still exist, and all its takes is, well, setting the bar yet again.