Manila to Baguio in Just 3.5 Hours? It's Now Possible 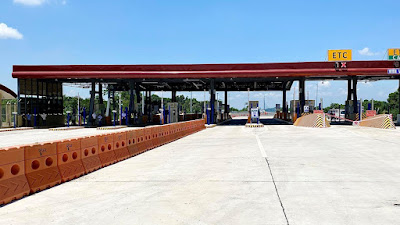 SMC President and Chief Operating Officer Ramon Ang said that the opening of the final stretch of the TPLEX will help boost the economy amid the pandemic: “The economy ground to a halt because of the pandemic, and among the most affected were our farmers as well as small businesses such as restaurants, hotels, stores, that also rely on tourism. By not scaling back on investments in infrastructure, we will be able to create more jobs, keep the flow of goods and services moving, and pave the way for more local tourism for the long-term.”

In total, the TPLEX now has ten interchanges and 11 toll plazas, namely: Tarlac City, Victoria, Pura, Ramos, Anao, in Tarlac; Carmen, Urdaneta, Binalonan, Pozorrubio, Sison in Pangasinan, and Rosario, La Union. The Sison, Pangasinan exit was added to the original alignment to help locals, and is currently being completed.

Moving forward, the conglomerate received a proposal to extend the TPLEX from Rosario, La Union to San Juan, La Union, which is a hot spot for local tourism for its beaches. The proposed four-lane extension project will cover some 59 kilometers.
at 8:42 PM

Email ThisBlogThis!Share to TwitterShare to FacebookShare to Pinterest
Filed Under: News, Traffic