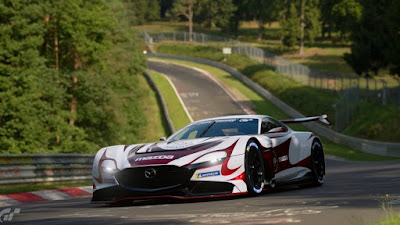 Last May, Mazda celebrated its 100th anniversary on racing video game Gran Turismo Sport by offering its RX-Vision GT3 Concept as a downloadable car. Along with a special race event, the Japanese carmaker together with Polyphony Digital launched a livery design contest. Two months later they’ve announced the winners. 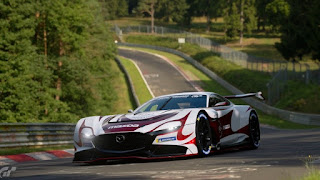 Maeda chose the work of 17-year old Hiroki Tanabe. Entitled, “Super Hero” Maeda says this livery combines the rough and powerful impression that a racing car should have without spoiling the elegant-ness of the base body. The work is based on the theme of Kabuki Kumatori, which is suitable for a Japanese brand, and has a motif of “sujikuma,” a style that expresses strength and justice. 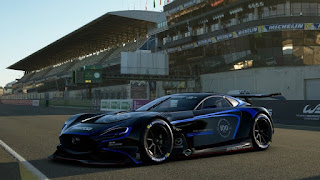 For Yamauchi, he chose the work of 18-year old Kouhei Asaoka. According to Yamauchi, he often sees race cars with a “heavy” livery; akin to a woman with heavy make-up to hide a race car’s typically odd proportions. However, because of the RX-Vision GT3 Concept’s excellent proportions, Yamauchi says this livery is refreshing in that it does not distract. It’s like a woman with light make-up he says. “If I race, I want to run this livery,” he says. Enough said.

The three honorable mentions go to: 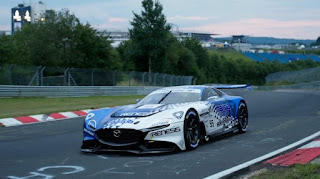 37-year Frenchman Gilles Motot and his work, “Respect Rotary.” What made Motot’s work different from anyone else is that it uses white as its base color. With that, Maeda is actually surprised how the simple color actually suits the RX-Vision GT3 Concept. Moreover, there are some playful details such as using a classic Mazda logo as well as the name of founder Shigejiro Matsuda as the driver’s name. 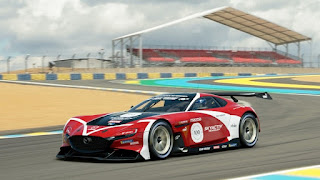 Keita Matsuzawa and his work, “The M,” uses the letter, “M” as a motif. It emphasizes the car’s wide stance. 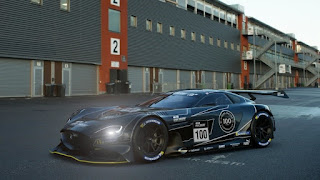 And finally, there’s Mamoru Okada and his “Polymetal Racer.” Maeda loves how this livery uses sharp black graphics and white pinstripes to make it look more aggressive. The addition of yellow also works with the Polymetal Gray color giving it a truly modern expression.