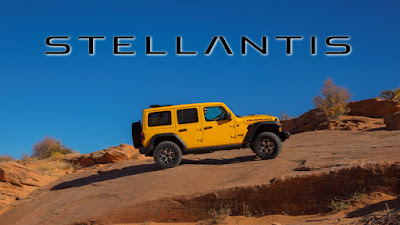 You better get used to it: the Peugeot (Groupe PSA) and Fiat Chrysler Automobiles (FCA) merger will have a new corporate name: Stellantis.

While it does sound like the next James Cameron movie, Stellantis is rooted in the Latin verb, “stello” meaning, “to brighten with stars.”

The name will combine the scale of a truly global business with an exceptional breadth and depth of talent, knowhow, and resources while the Latin origins pay tribute to the history of its founding companies.

The process of identifying the new name began soon after the Combination Agreement was announced and the senior management of both companies have been closely involved throughout, supported by Publicis Group.

The Stellantis name will be used exclusively at the Group level, as a Corporate brand. The next step in the process will be the unveiling of a logo that with the name will become the corporate brand identity. The names and the logos of the Stellantis Group’s constituent brands (i.e. Peugeot, Citroen, Dodge, Jeep) will remain unchanged.
at 9:34 AM