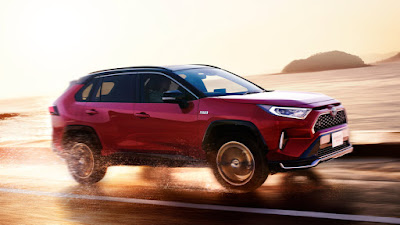 Toyota Motor Corporation sees its global first half 2020 sales recover to 84 percent of last year’s. The cumulative total of Toyota, Lexus, and Daihatsu sales from January to June totaled 765,373 units or a 16.9 percent decrease compared to the same period in 2019.

According to the carmaker, its recovery is brought about by its strong performance in China, where sales have been up year-on-year for three consecutive months. Though Europe’s numbers are still down 11.5 percent, they have been recovering since May. In its home market of Japan, sales have recovered to 77.3 percent of 2019’s figures. Overall, the pace of the sales recovery is exceeding Toyota’s expectations.

The RAV4 was the Toyota model that sold most in the first half. Its global sales amounted to approximately 426,000 units. Sales were good in shape especially in two countries: key markets in North America, and China, selling approximately 72,000, an increase by 15 percent over last year.