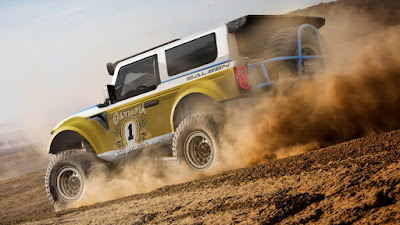 Just a day after its global reveal, the Ford Bronco is showing off its aftermarket potential. The first to put his hat into the ring? Long-time Ford tuner Saleen Automotive.

Based in southern California and founded by racing driver and vehicle builder Steve Saleen, the Saleen Bronco is all about “taking to the dirt with a vengeance.” And coming from the same company that created the Saleen S7, that statement should be worth something.

Saleen hasn’t really given any precise detail on what someone would find in their modified Bronco, but they did say it “boasts numerous performance features tans have come to expect from the company.” It’s also built to be a very capable, high-performance off-road machine.

Saleen says their Bronco pays homage to “Big Oly,” the infamous machine piloted by Parnelli Jones. Big Oly took on the Mexican 1000 (now known as the Baja 1000) – one of the most grueling endurance races in the world – and achieved the monumental accomplishment of winning the race twice in 1971 and 1972. 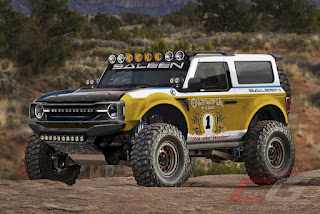