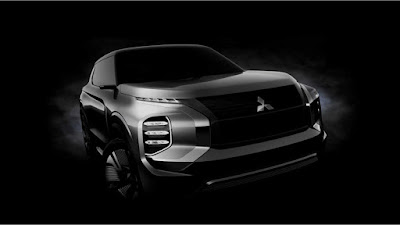 Mitsubishi Motors Corporation announced its three-year mid-term business plan (from fiscal year 2020 to 2022) called, “Small but Beautiful.” The aim is to concentrate its management resources on its core regions and technologies. The plan focuses on cost rationalization and profitability enhancement.

One of the most notable victims of this new cost cutting measure is the Pajero SUV. Already halted for the Japanese market, Mitsubishi will now halt production of its iconic flagship SUV even for export markets by next year.

“We will shift our strategy from all-round expansion to selection and concentration,” said Takao Kato, representative executive officer and chief executive officer, MMC. “First of all, we will complete our structural reforms and further strengthen our competitive areas—ultimately to build a corporate structure that can surely generate profits during this mid-term period.”

On a positive note for Mitsubishi Motors, they will concentrate its resources on the ASEAN region, where it is competitive. For instance, they’ve indicated that the Outlander PHEV will be produced in Thailand, while the Philippines will start exporting light commercial vehicles (confirmed to be the L300) to other ASEAN countries.

Moving forward, they will focus on its “competitive-edge technologies,” such as PHEV, HEV, and 4WD as well as leverage the Renault-Nissan alliance to grow. With that, the carmaker has given a road map of products until financial year 2023 (see chart below):

And contrary to earlier reports, Mitsubishi sees the continual development of its diesel powertrain as integral to its growth in ASEAN. In fact, they’ve formally announced the that a next-generation diesel engine is in the works alongside PHEV and HEV offerings.
at 8:00 AM