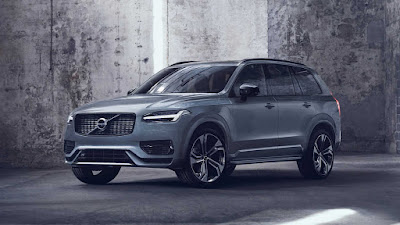 Volvo Cars is delaying its planned merger with Geely due to its sister company’s plan to list in Mainland China.

Reported by Reuters, Volvo wants to further discuss its merger plans with Geely after the latter sought preliminary approval to list at the Shanghai STAR board. As a result, Volvo said they cannot discuss a potential combination of the two companies. They’ve gone further to say that talks will only resume if Geely has “ended its activities related to that [listing in Shanghai].”

Originally, Volvo agreed to be listed in Hong Kong, and possibly in Sweden as well.

Geely acquired Volvo from Ford in 2010, but currently, the two remain separate companies.

This comes as the Swedish carmaker sees a strong growth towards the end of the year. While sales dropped 20.8 percent in the first half of 2020 (269,962 cars) due to the pandemic, Volvo Cars took market share in China, the US, and Europe. It also saw a strong increase, of 79.8 percent, in demand for its chargeable plug-in hybrid models.

The company returned to sales growth in China in the second quarter and made up much of the ground lost in the first quarter, as it recorded an overall sales drop of only 3 percent in the first half.

The US also returned to growth in June, although sales fell by 13.7 percent year-on-year in the first half, while sales in Europe were 29.5 percent lower during the six-month period.
at 5:29 AM