Toyota Motor PH Confirms: They're Launching the 2020 Vios on July 25 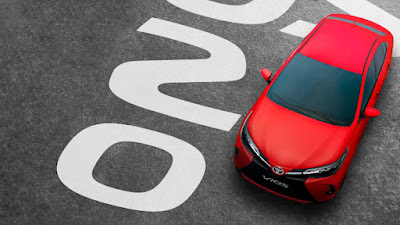 After a teaser and a subsequent leak, Toyota Motor Philippines had no choice but to reveal their mystery launch on July 25: it’s the 2020 Vios. And in their newest teaser, we finally have a better look at the revamped front-end.

As confirmed in the leak, the 2020 Vios gains a re-designed front-end that removes the smiling face of the current fourth-generation model. Frankly, it goes back to something more inline with the third-generation model and will likely be better accepted by the motoring public. It also gains the Corolla Altis’s fang-like front fog lamp covers, and will sport LED headlights, likely for the top-trim variants.

Not much is known about the rest of the car, but it’s likely that the Vios will stay on mechanically unchanged for 2020. Expect the same 1.3- and 1.5-liter engine choices mated to either a 5-speed manual or CVT. The Vios though is likely to gain goodies such as backup sensors with reverse camera, a revised infotainment system with Apple CarPlay/Android Auto, and perhaps even leather seats as well for the top-of-the-line variant.

Stay tuned for the official launch of the 2020 Vios on Toyota Motor Philippines’s official Facebook page on Saturday, July 25 at 6 PM.
at 11:15 AM