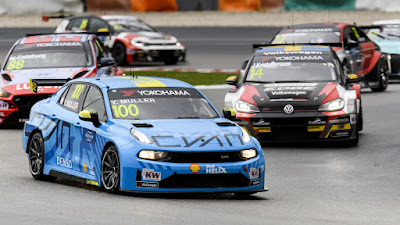 While Lynk & Co are new to the WTCR, as an outfit, Cyan Racing claimed their third straight World Title. The team won the 2017 WTCC title with Volvo Polestar, the 2018 WTCR title with an independent program, and the 2019 WTCR title with Lynk & Co.

Lynk & Co Cyan Racing driver Yvan Muller finished in the driver’s championship by securing third place behind Norbert Michelisz (Hyundai) and Esteban Guerrieri (Honda). This is the 12th year in succession the Frenchman finishes in the top three of World Touring Cars.