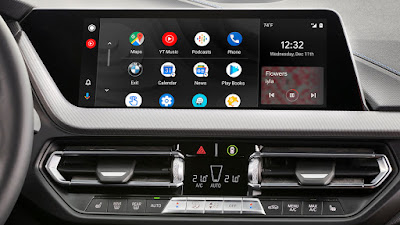 Who says rich bois exclusively use iPhones, eh? In a move that’s seen as “better late than never,” BMW is finally giving in and introducing Android Auto to its vehicles starting mid-2020.

Like CarPlay, its Apple equivalent, Android Auto makes it easy to access music, media, and messaging on devices running on the Android OS system. For BMW’s part, the Android Auto connectivity is done wirelessly using a “extremely user-friendly and simplified interface.”

Moreover, Android Auto will also be fully integrated with the digital cockpit meaning important information isn’t just displayed on the central Control Display, but is also displayed on the instrument cluster’s Info Display and even Heads-Up Display.

A working demonstration of a BMW running Android Auto will be shown at the Consumer Electronics Expo in January.

Android Auto integration is the second piece of good news for BMW owners after the German carmaker has begun waiving its “subscription fee” for using Apple CarPlay.
at 10:57 AM