Philippines is 9th Biggest Market for Toyota; Looks to Leasing as Means to Solidify Growth 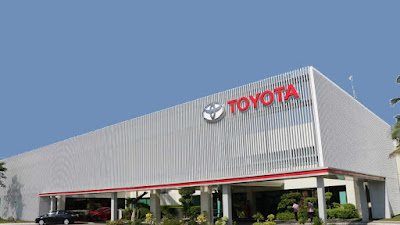 Since its founding in 1988, Toyota Motor Philippines (TMP) has become an important player globally for Japan’s largest automaker. In his speech, TMP President Satoru Suzuki outlined the carmaker’s achievements as 2019 comes to a close:


“The sales and marketing of vehicles have never been this challenging even for TMP, as a combination of socioeconomic factors made the entire auto industry vulnerable in the last 2 years. Nevertheless, Toyota achieved its 17th Consecutive Triple Crown [best sales in the passenger car, commercial vehicle, and overall] and retained its Top 9 position in the Toyota global distributor rankings.”

Aside from key model introductions made during his tenure such as the Innova, Fortuner, Rush, Vios, Hiace and Corolla Altis, Suzuki-san also credits Toyota Motor Philippine’s growth to its growing dealer network. From 46 dealerships in 2016, the network now stands at 71 strong.


“A project that I am happy to announce is the availability of the Toyota Mobile App for our customers. With new consumer habits in mind and adopting trends in the Digital Age, this mobile app consolidates all vital information into one. Customers will now be able to access product specifications, dealer directories, and aftersales support within a few clicks. This makes purchasing a car or scheduling your next preventive maintenance service faster and easier.”

“Toyota Motor Philippines is now exploring new business models from traditional car ownership to ‘car usership’. Aligned with Toyota’s global direction of being a mobility company, we would like Filipinos to try out long-term leasing of our vehicles to suit their needs and their budget.”

Although no details were announced during his speech, this could potentially increase the acceptance of vehicles such as the Corolla Altis Hybrid. Imagine gaining all the perks of a fuel-efficient vehicle without having to deal with the potential long-term headaches of having to care for the traction battery—that sounds like a win-win solution.
at 10:10 AM