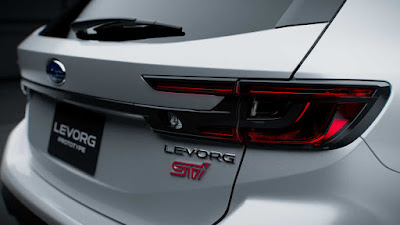 The all-new, second-generation Subaru Levorg hasn’t even arrived in showrooms yet, and STI’s already gotten their grimy hands on one. This is our first shot at the upcoming Levorg STI Sport.

Set to be fully uncovered at the 2020 Tokyo Auto Salon this January, the Levorg STI Sport will, as the carmaker themselves say, “take full advantage of Subaru’s latest technologies.” Furthermore, it will be a “symbol of Subaru’s driving performance, with Subaru and STI working together to further enhance the driving performance of the all-new Levorg.”

The best part to this though is Subaru’s burn to all other carmakers going self-driving. To quote:


Subaru envisions creating “a future that everyone can enjoy driving at their fullest, at their will” in an era where autonomous driving technology is widely spreading.

Despite carrying the STI badge though, it’s doubtful though that Subaru will give the Levorg the full STI treatment as it does the WRX. In fact, the STI Sport badge has been used before, and it signifies it as a sporty model that’s one rung below a true STI.

Hopefully by the time the Tokyo Auto Salon arrives, Subaru will release more information about the Levorg’s powertrain—details they’ve decided to keep to themselves at the Tokyo Motor Show last October.
at 8:06 PM