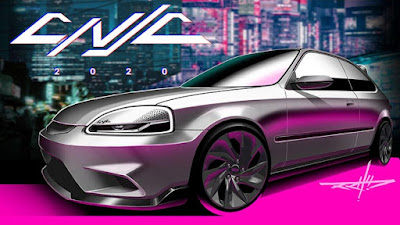 Bring out the neon, turn on the fog machine, and cue the synthesizer music because Honda’s going 90s for the upcoming Tokyo Auto Salon. Shown as a pair of renderings, the Japanese automaker is bringing out two stars from retirement: the Civic EK9 and the S2000 AP1.

For the 2020 Tokyo Auto Salon, Honda is transforming the EK9 Civic Type R into the “Civic Night Japan Cruiser 2020.” From the single sketch released so far, it looks to gain 90s appropriate body kit, turbine-style wheels, and a large spoiler. No details have been released yet, but the carmaker did say that they’re designing it for the “modern youth” and that it “reflects a neo-Japan where the near future and underground are disturbed.” 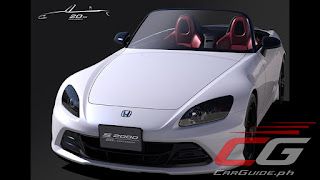 Next to the Civic Night Japan Cruiser 2020, Honda is also showing off the S2000. Dubbed “the S2000 20th Anniversary Prototype,” it celebrates the 20th anniversary of the high-revving roadster. This one wears new parts created based on customer feedback including a body kit and even new suspension bits. The most interesting part is that Honda Access, the carmaker’s accessories division, is labeling this particular S2000 a “Prototype” and not a “Concept.” With that, it’s highly likely that the parts it’s rocking will be offered as OEM aftermarket parts in the near future.
at 1:01 PM