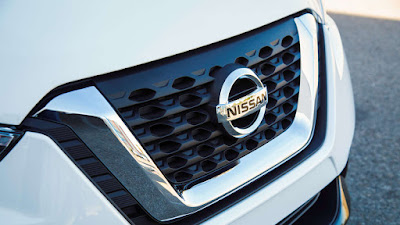 The musical chairs at Nissan isn’t over as the man tasked to lead the Japanese carmaker’s recovery has quit just weeks into his new job.

Jun Seki, Nissan’s vice chief operating officer and a former contender for chief executive quit after three decades at the carmaker to become president of Nidec Corp., a Kyoto-based manufacturer of automotive components.

In an interview with Reuters (via The Japan Times), Seki says the decision wasn’t about his compensation.

The reason, according to Reuters sources, is more because the management team has so far failed to work together. To quote the report:


The sources said that Seki, Chief Operating Officer Ashwani Gupta and Chief Executive Makoto Uchida have so far failed to gel as a team after being named to their posts in October.

To fill in Seki’s post, Nissan has selected executive officer Hideyuki Sakamoto as a candidate for the board of directors. Sakamoto is currently in charge of the company’s manufacturing and supply chain management.

The carmaker didn’t elaborate if Sakamoto would take on Seki’s responsibilities.

Nissan needs stability at its top management as they embark on a wide-ranging restructuring plan announced earlier in April after years of costly expansion pursued by disgraced chief executive officer, Carlos Ghosn.

Hiroto Saikawa, the architect behind the arrest of Ghosn resigned as CEO in September after he himself admitted to being improperly overpaid. He has since been replaced by Makoto Uchida. Nissan plans to ax nearly 10 percent of its global workforce and cut vehicle production by 10 percent through 2023. The move may include the shuttering of Nissan’s assembly plant in Santa Rosa, Laguna.