Chery Auto Hired a Mazda Designer for Its European Push 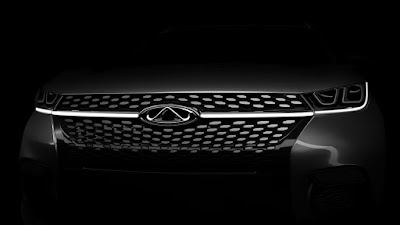 One of China’s largest automakers (and its leading exporter) wants to enter one of the most challenging markets in the world, and to do so, they’re focusing on design.

Europe is a tough nut to crack mainly because they’re a design-driven market. It’s for this reason why lots of automakers use the term, “European-inspired” whenever they talk about their design. It seems Chery Auto has understood this quite well, and in preparation for their planned entry there, hired Kevin Rice to head their global design.

While Rice’s name doesn’t ring a bell, his work does. The British-born designer spent the bulk of his career at Mazda as head of the Japanese carmaker’s European design studio. There, he helped shape the MX-5, CX-3, and even concepts like the RX Vision and Vision Coupe. Before that, he worked at BMW and was responsible for vehicles such as the 1, 2, 3 and 4 Series.

Chery Auto is so committed to its expansion into Europe that it established a design center in Frankfurt last year to accelerate their plans. And before its market launch there next year, the Chinese carmaker established partnerships and developed technologies with the help of the world’s leading suppliers.

The new Chery R&D operation to be created in Europe will be in addition to its existing R&D facilities in Wuhu, Beijing, and Shanghai in China. Over the last few years Chery has invested nearly 2 billion RMB (~ P 14 billion) in a new 300,000-square meter Test & Technical Center in China which houses eight laboratories evaluating parts and components; emissions and efficiency; management of vehicle noise, vibration and harshness; passive safety; and materials.

For Europe, Chery will use the Exeed branding which will consist of passenger cars and SUVs all supported by “premium standard processes, high efficiency, and intelligent technologies.” This is different from elsewhere in the world where Chery uses Arrizo for its passenger car line and Tiggo for its SUV line-up.

As for Exeed’s design, it’s said to be inspired by nature, particularly the aesthetic quality of running water which the company calls, “hydrodynamic surfacing.”

Do you think Kevin Rice can whip up something as evocative for Chery as he did at Mazda?
at 12:26 PM

Email ThisBlogThis!Share to TwitterShare to FacebookShare to Pinterest
Filed Under: Chery Corporate, News