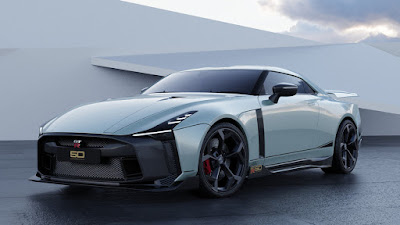 It looks like Nissan’s having difficulty looking for billionaires who’re willing to fork out 990,000 Euros (~ P 60 million) for an Italian bodied GT-R. A year after it was previewed, there’s still remaining stocks for the ultra-limited 50-unit run.

Despite saying in their release that “customer demand for the production version has been strong” and a “significant deposits already taken,” there’s still some personalized Nissan GT-R50 by Italdesign left without owners. No exact number was given by Nissan, but it’s likely to be just a handful at this point. Regardless, it is a far cry from other limited edition supercars which sell out in mere days or hours after order books were opened.

Subject to certification and homologation in which the customer is located, delivery of the Nissan GT-R50 by Italdesign should start between late 2020 and the end of 2021 (this is a year later than planned). Powering each GT-R50 by Italdesign is a NISMO-tuned 720-horspower hand-built 3.8-liter twin-turbocharged V6—the same engine that powers the NISMO GT-R GT3 race car.

Nissan collaborated with Turin, Italy-based Italdesign to create the model, based on the latest Nissan GT-R NISMO, in commemoration of the 50th anniversaries of the GT-R in 2019 and Italdesign in 2018.
at 5:00 AM