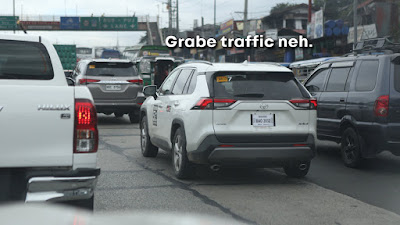 Toyota Motor Corporation is seeking to understand its customers better by actually driving through countries that use their products on a daily basis. This is inline with the Toyota Way which encourages employees “to go directly to the sources to get the facts.”

Globally, the 5 Continents Drive started in 2014 in Australia, and has since travelled across North and Latin America, Europe, and Africa. The team started their Asia Drive this February 2019 in the Middle East and is slated to end in Japan in time for the milestone Olympic Games and Paralympic Games Tokyo 2020. Oh, and because the Philippines is one of the biggest markets for Toyota, the 5 Continents Drive actually drove through the world-famous traffic of Metro Manila.

For the Philippine leg, the 9-vehicle convoy used was composed of locally-assembled Vios and Innova, together with the Hilux, Corolla Altis Hybrid, Rush, Fortuner, and RAV4.

“Toyota Motor Philippines is honored to be a part of the historic 5 Continents Drive, with our very own Team Members guiding the group as local experts. They will help the 5 Continents Drive team understand not only the local road conditions, but also the country’s transportation situation, and culture,” says TMP President Mr. Satoru Suzuki during the send-off ceremony.  “This immersion project serves as an opportunity for the world to witness the Filipinos’ unique way of life and how cars are helping them go through their daily lives,” he added.
at 7:00 AM