The Chevrolet Suburban Receives Its Own Hollywood Walk of Fame Star 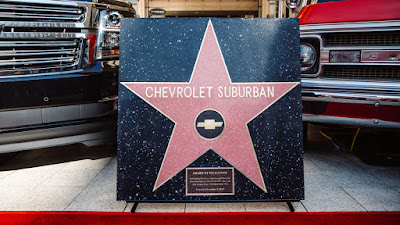 The Chevrolet Suburban became the first vehicle ever to receive its own star on the Hollywood Walk of Fame, recognizing the SUV’s 67-year career in Hollywood film and television.

During its acting career the Suburban evolved to become the ultimate character actor, able to play the hero, the villain, or the family alike.