Finally, the Kia Stonic is Arriving in the Philippines in 2020 (Pinky Promise) 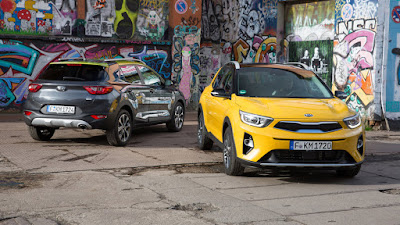 Hey Kia Philippines, please don’t beat around the bush. Despite the shadowy teaser, we know exactly what you’re releasing in the fourth quarter of this year: it’s the Stonic B-segment crossover.

We shouldn’t have waited for the “unboxing teaser” photo that everyone else has posted thus far. The invite to the media round table was actually the first big clue. You don’t believe us? Check this out. Our sleuthing skill was able to find the exact photo of the backdrop used in the invite. Of course, Kia Philippines conveniently cropped out the model’s vanity plate so thanks to our equally terrible photoshop skills, voila, it’s the Stonic (watermark courtesy us). 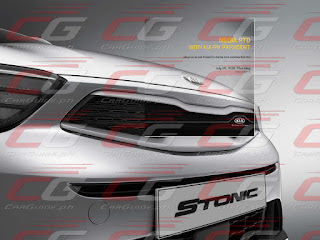 Okay, now that we have that out of the way, we sort of predicted that Kia Philippines would bring in the Stonic, but that was all the way during MIAS 2019 (at the time, there was no Seltos; and eventually they showed the Stinger GT during the show instead).

Still, a year late but now we know for certain that the Stonic will slot below the Seltos in terms of size and price. With that in mind, it doesn’t take a rocket scientist to figure out that they’ll be pricing this below a million pesos (the entry-level Seltos is already at P 1,095,000). Plus, in its home market of South Korea, the Stonic is priced at around 15 percent less than the Seltos. Doing the math, it could mean a price of around P 950,000.

Designed primarily for the European market, the name Stonic is an amalgam of “Speedy” and “Tonic,” and is currently their fourth best-selling nameplate. It’s less imposing and boxy compared to the Seltos, probably because it was released into the market much earlier (it was launched way back in 2017). Regardless, it does have the modern Kia design elements such as the tiger nose grille and even available two-tone “Targa” style roof if Kia Philippines chooses to spec their units with it.

In global markets, the Stonic is powered by a range of small displacement engines—a normally-aspirated 1.25-liter or 1.4-liter MPI engine, a turbocharged 1.0-liter T-GDI, or a 1.6-liter diesel. To keep things simple here, the likely candidate would be the largest normally-aspirated engine—the 1.4-liter Kappa engine. If that’s the case, it’ll make 100 horsepower and 133 Nm of torque. The transmission choices are between a 6-speed manual or 6-speed automatic with the slush box a more fitting choice in Metro traffic. Fuel mileage should reach a combined 12.6 km/L by Kia’s internal estimates.

While the Stonic is built at Kia’s China joint-venture with Dongfeng alongside the Soluto (it’s known there as the KX1), it’s unlikely that Kia Philippines will source another product from Mainland China (it’s not because of any China boycott bullshit, but mainly it’s because of branding). That’s no problem—it’s built also in Kia’s Gwangmyeong plant in South Korea.

Are you excited for yet another small crossover entering the market?