No, the Turbocharged Mazda3 Won't Be Sold Anywhere But North America 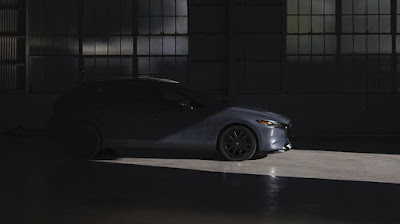 “If you build it, they will come.” That iconic line from the movie, Field of Dreams may have referred to Kevin Costner giving in to the voice in his head to transform his corn plantation into a baseball field, but it’s also become a battle cry for many businesses; for as long as you give people a product, they will buy them.

It’s sort of what’s happening over at Mazda North America, especially now with the launch of the turbocharged 2021 Mazda3. Destined only for that market—not Europe, not Australia, and most certainly not the Philippines, it undermines how the Japanese carmaker is throwing all their know-how in a battle to stay relevant in one of the world’s biggest and most important car markets.

Truth be told, Mazda isn’t doing that well in the U.S. Despite launching the all-new Mazda3 to great reviews, overall yearend sales there was down 7.2 percent. The compact car in question? It sold 21.5 percent less than it did in 2018—and that was against an older, runout model. Sure, a market shift towards crossovers and SUVs is partly the blame, but that doesn’t completely explain why the Honda Civic managed to shift more than 320,000 examples to the Mazda3’s less than 50,000.

With bulk of the profits coming from the North American market, Mazda knows they’ve got to do something, and do it fast. Japan’s short and sweet answer? What they want, they’ll get.

It started last year with the assignment of heavyweight executives to handle the market. The general manager of the global marketing division, Masahiro Moro was assigned as the Chairman and CEO of Mazda North American Operations (MNAO) where he’ll handle not just the U.S.A., but Canada and Mexico as well. And then, there’s Jeffrey Guyton who was assigned as the President of MNAO, reporting directly to Moro-san.

The placement of these top executives in North America not only shows the importance of the market in terms of the bottom line, but it should also help align Mazda as a brand, and its dealer network towards a more premium positioning—something Japan has been very vocal about for some time, and something that the U.S. has been sorely lagging behind (in the Philippines, the Mazda Premium transformation started way back in 2016).

This brings me to the products, or as I rather call them, “experiments.” Everything from turbocharging the Mazda6 to homologating the diesel CX-5 for sale in the U.S. was done as a response to what the “American buyers wanted.” Did they show up at dealers? Well, that’s another question. Mazda says they’ve managed to snag buyers who were used to premium brands such as Audi, BMW, or Mercedes-Benz; buyers who wanted luxury but wanted something more individual or unique. It’s a small, niche market, and could easily explain why Mazda’s sales figures aren’t as high as they used to be.

Now, here’s the turbocharged Mazda3—a product that’s summed up as Mazda MNAO’s latest experiment. It shares its engine with the turbocharged Mazda6 and CX-9—no surprise as Mazda said in the past that it’ll fit into the engine bay. It’s also no surprise that it makes 227 horsepower and 420 Nm of torque (250 horsepower and 434 Nm of torque on premium fuel) because they are the exact same figures made by the Skyactiv-G 2.5T engine. It’s also no surprise that it comes coupled to a 6-speed automatic driving all four wheels.

What is surprising is that they went ahead with it in the first place. In the greater scheme of things—be it from an emission, corporate average fuel economy, or even Mazda’s premium or even Well-to-Wheel approach—it doesn’t really contribute anything; well, not certainly as big as the development of Skyactiv-X. What the turbocharged Mazda3 does though is satisfy what pundits wanted: more power. From an enthusiast’s standpoint, it’s great to see a car company actually listening to its critics, but now that they’ve finally built the world, sorry, the U.S., a turbocharged Mazda3, will buyers finally come?
at 10:06 PM

Email ThisBlogThis!Share to TwitterShare to FacebookShare to Pinterest
Filed Under: Compact, Mazda 3, News